Is Vaping Safer Than Smoking?

Countless people have made the switch from smoking cigarettes to vaping and the number continues to rise as more and more people choose to vape as a quit-smoking aid. Traditional cigarettes contain thousands of harmful chemicals and one common misconception is that nicotine is at the top of the list. Contrary to popular belief, nicotine is not one of the harmful chemicals that can be found in cigarettes.

Nicotine is a stimulant that smokers usually crave when they quit smoking and these cravings are usually met with tools like patches, gums, sprays and lozenges. Vaping is another alternative that you can use to help you quit smoking. Unlike the methods listed above, vaping provides ex-smokers with an experience that is very similar to smoking cigarettes. 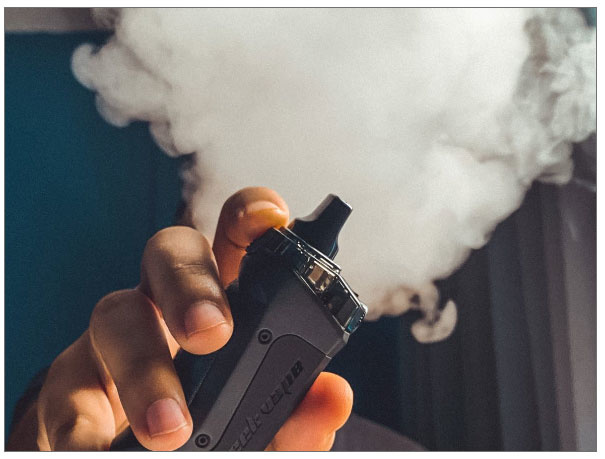 Caffeine and nicotine are both chemicals that affect your brain by increasing focus and giving you a shot of dopamine and just like a cup of coffee, nicotine is a stimulant and an addictive substance. When compared to other substances like cocaine, heroin, alcohol, and methamphetamine, nicotine is the fourth most addictive drug behind cocaine, heroin, and alcohol. As a smoker, your main prerogative is to satisfy your need for nicotine and e-cigarette provide you with a safer alternative.

Although Nicotine is highly addictive, it’s important to know that it’s not what actually causes cancer. Cancer is caused by the thousands of chemicals that are found in tobacco like acetone, arsenic, benzene, formaldehyde, lead, and tar.

Nicotine is not one of the harmful components of a cigarette however nicotine is a stimulant that can have an impact on your body. The feeling of drinking a cup of coffee with caffeine is similar to the effects that nicotine may have on your body. Nicotine can also increase your risks of heart attacks with added exposure.

Is Vaping Nicotine Worse than Smoking?

Although research suggests that vaping is less addictive than smoking cigarettes, it is still addictive. When you smoke you not only crave nicotine, but you also crave the habit that you’ve created over a number of years and if you smoked traditional cigarettes, you’re also craving 4000+ chemicals.

Vaping allows you to address your smoking triggers and provides you with a safer vessel to get your nicotine fix.